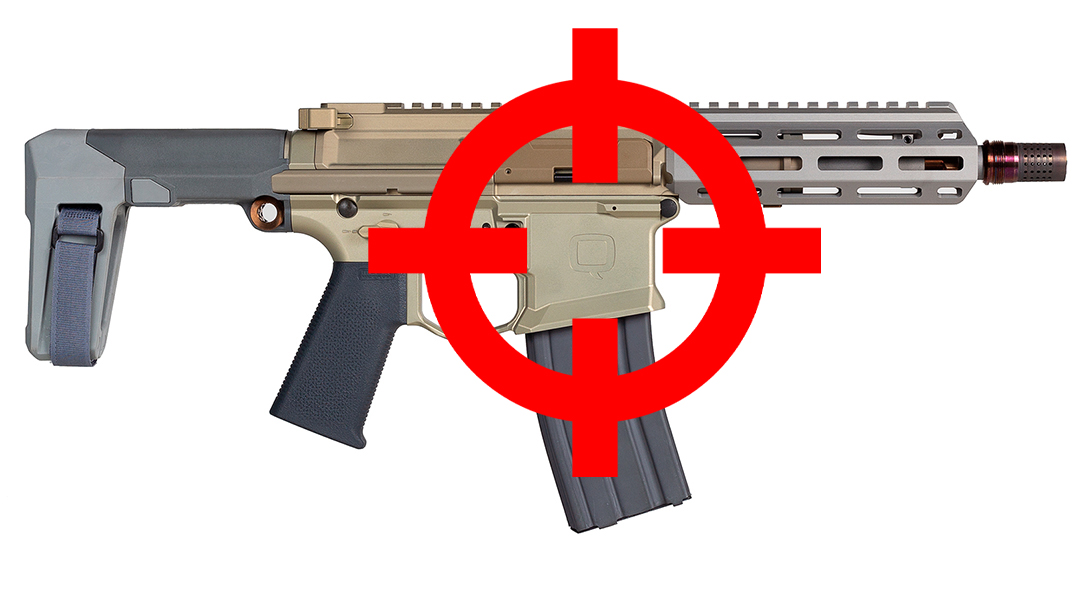 The ongoing saga between the ATF and Q’s Honey Badger leaves a lot of people asking, “Why the Honey Badger?” For that question, we turned to Rick Vasquez, the former Acting Chief of the Bureau of Alcohol, Tobacco, Firearms and Explosives (ATF) Firearms Technology Branch (FTB). 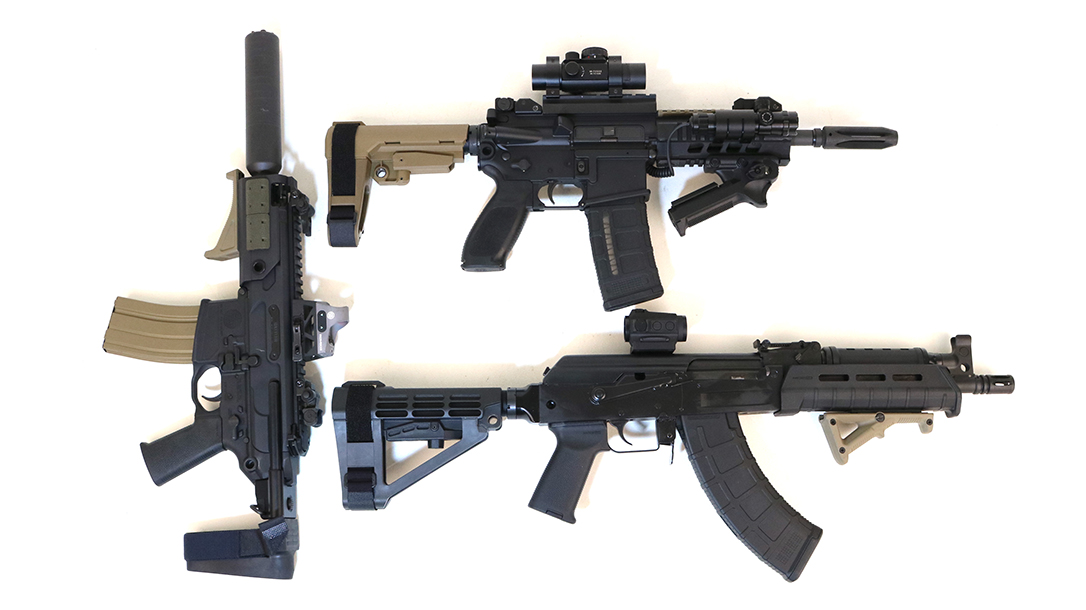 Vasquez is uniquely positioned to comment on some of the most incendiary issues affecting American gun owners today. He currently serves as a consultant through RickVasquezfirearms.com. He provides testimony in accordance with statutes and regulations overseeing firearms as well as professional expertise in National Firearms Act/Gun Control Act issues, firearms importation, weapons training, and advanced gunsmith and evaluation services. When gun problems require serious horsepower, Vasquez is the man.

During his 21 years in the Marine Corps, Vasquez served as Chief Instructor at the precision weapons shop at Quantico, Virginia. He fielded the M16A2 service rifle for the 6th Marine Regiment and coordinated the Marines’ development and implementation of the Barrett M82 .50-caliber anti-materiel rifle. He also served as a Marine Security Guard Detachment Commander in three different embassies including Moscow. Vasquez later worked for the State Department Diplomatic Security Service.

Vasquez subsequently transferred to the ATF Firearms Technology Branch, reviewing guns and gear to adjudicate compliance with firearms law. He eventually headed the FTB, crafting determinations of profound importance to the firearms industry. His insights into the inner workings of the ATF are literally unparalleled.

Vasquez is the archetypal warrior curmudgeon, a self-described “crotchety old guy,” and ever the Marine. He is the cumulative product of countless hard places and countless hard things. He is also a patriot. Vasquez’s devoted his entire adult life to service.

Vasquez isn’t overly burdened about hurting people’s feelings either. He prefers the right thing over political correctness. His observations on politics, guns, and freedom are mesmerizing.

Why the Q Honey Badger?

There are around four million Pistol Stabilizing Braces in circulation today. However, the ATF recently declared that the Q Honey Badger, with its 7-inch barrel and sliding PSB, was actually a Short-Barreled Rifle (SBR). Not only does an SBR require fingerprints, a $200 transfer tax, and a six- to nine-month wait, possession of an unregistered SBR is a felony good for up to 10 years in federal prison.

The current legal morass surrounding PSBs is a ghastly mess. We’ll explore that later. There are no published criteria discriminating PSB-equipped pistols from SBRs. Absent codified definitions the industry cannot determine if they are in compliance. My question to Vasquez was why Q, and why now? Why did the ATF single out the Honey Badger?

“When the first arm braces were approved there was not a great deal of thought put into their approval,” he said. “The letters are on the internet and can be reviewed. The original letter says in essence that they were approved as an arm brace but without specific criteria for features. There was no features test applied. The restrictive features being applied today are evolutionary in an effort at restricting the arm brace.”

No Rhyme or Reason

The FTB analyzes each product via some ethereal “looks like a stock to me”-sort of assessment. The width of the brace, the length of pull, and the orientation of the brace relative to the sights all fold in. This is actually the third time the ATF has administratively reclassified a brace-equipped gun as an NFA item. One case involved Fostech, while another concerned Kalashnikov.

“This opinion letter written on Q’s arm brace is a curious anomaly,” Vasquez said. “ATF opinion letters are typically lengthy, wordy, and spell out the features that are good and, if installed, bad. Now ATF’s response for a standard criterion on an arm brace is that they are not authorized by DOJ to provide criteria. Yet we have at least three seizures of arm braces described as stocks via ‘unwritten criteria.'”

There has been one prosecution of someone accused of redesigning a PSB-equipped pistol into an SBR. Vasquez says that the ATF singles out smaller companies because of their relative lack of resources.

Companies like SIG, HK, and Springfield Armory have deep pockets and armies of lawyers. Q, Fostech, and Kalashnikov, however, lack the assets to support a protracted and expensive legal fight.

The decision-makers at the ATF know this. These small companies represent low-hanging fruit. A victory against Fostech or Q better positions the ATF to move against larger stuff later. Vasquez believes these latest efforts reflect deliberate attempts to break these smaller companies and build precedents.

“Given the lack of standards if ATF can win a case on the arm brace then they can cite that court case in follow-on cases,” Vasquez said.

Everything turns on the upcoming election. Entrenched ATF policy-makers with a hardline agenda are positioned to enter a Biden Presidency launching a new regulatory offensive. The White House is pushing back, but Trump is in a political fight for his life. An outgoing President’s power is profoundly diminished.

In fact, the curious case against the Q Honey Badger took yet another turn recently. After an uproar from the firearm industry, the ATF curiously sent another letter to Q’s representative. It informs the ATF backed off the Cease & Desist, taking 60 days to look into the matter further. That 60-day mark would conveniently push a decision to after the election … convenient indeed.

Q announced it would not resume manufacturer of the Honey Badger Pistol at this time. There remains a high level of distrust toward ATF’s motives.

“We believe this 60-day suspension is an effort to put manufacturers, distributors, and consumers at ease, and to postpone the issue pas the presidential election in hopes that a new administration will take a different view,” Q wrote in a response. “Using licensees as political pawns is unbecoming of a regulatory agency and ignoring the underlying evaluation in this letter is simply irresponsible. Q will not succumb to this level of irresponsibility. Therefore, without further clarification from ATF on their evaluation, we will not continue manufacturing the Honey Badger Pistol.”

Inquiries from companies like Q and SB Tactical have thus far not been addressed. The ATF meets requests for technical guidance with deafening silence. Vasquez feels that this intransigence reflects intentional stalling.”

“How difficult is it to provide criteria? The ATF interprets the regulations and statutes driven by political leanings,” Vasquez said. “If those making firearm decisions are anti-gun then opinions are written accordingly. This isn’t supposed to be ATF’s method of operation yet here we are.”

The ATF currently appears to be hedging its bets. By dragging its feet until after the election the agency can adapt to changing tides. For American gun owners, however, these tides might very well be portents of a coming hurricane.

“Instruction and direction from this DOJ will simply disappear if the administration loses the election,” Vasquez said. “At that point the antigun agenda espoused by many in the ATF leadership will take off like a rocket.”

Call Us Now For A Free Consultation